Posted on February 24, 2015 by wimbledonshorts

What is your film ‘Nunui’ about and what inspired you to tell this story?
I was inspired by the southern Thai shadow puppetry. That was why I created Nunui.
This short animated film shows a synergy between two characters who try to get out from an unknown place. 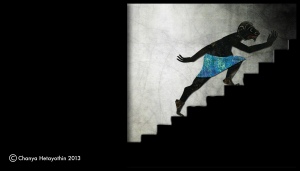 What made you get into filmmaking and what do you most love about it?
I’ve been fascinated with animation and that fascination was enough to get me into animation making. What makes me most love about it is the medium itself. You have a wide variety of style working with this medium. Animation has a unique adaptive quality. It can gather and absorb auras or qualities from other arts such as fine arts, live-action, puppetry, inanimate objects etc. At the same time, the animation medium can render these qualities in its own way and bring them to live.

Are you working on a new film at the moment?
Once I’m settling in with my new job, I’ll work on something which has been in my head for a while. 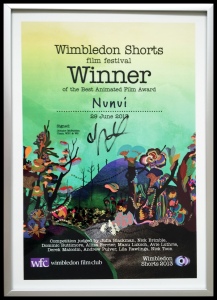 To find out more about Chanya’s work visit her blog sites below: